By economyweb in Markets
MARKETS • Stocks

By economyweb in Markets
MARKETS • Currencies

The Week Ahead: Fed meeting time
June 11, 2021
CNBC's Kelly Evans looks ahead to what are likely to be next week's top business and financial stories.
World Currency Markets
Currency Market Data by Investing
Euro/US Dollar

XE Market Analysis: Asia - Jun 11, 2021
June 11, 2021
The Dollar moved broadly higher in N.Y. on Friday, taking the DXY to highs of the week at 90.61. The index opened near 90.30, and had bottomed at 89.96. Treasury yields formed up some into the weekend, with position squaring following a week of significant yields drops driving the bond market. Incoming data was light, with the University of Michigan consumer sentiment on tap, which improved more than expected, and improved USD sentiment. Wall Street was narrowly mixed through the session, with investors perhaps remaining sidelined ahead of the FOMC meeting, and a heavy U.S.
XE Market Analysis: North America - Jun 11, 2021
June 11, 2021
The dollar lifted out of lows after yesterday tracking the sharp drop in longer-dated Treasury yields. The DXY dollar index recouped a large part of yesterday's decline in posting an intraday high at 90.22, having earlier printed a two-day low at 89.96. EUR-USD dropped back to the mid 1.2100s after earlier carving out a two-day high at 1.2196. The ebb in the pairing was the product of a broadly, albeit moderate, decline in the euro concurrent with a broad firming in the dollar, which has lifted out of lows.
XE Market Analysis: Europe - Jun 11, 2021
June 11, 2021
The dollar has traded softer so far today, tracking an extended decline in longer-dated U.S. Treasury yields, which has seen the 10-year T-note yield hit a fresh three-month lows under 1.440%, which is nearly 10 bp down on yesterday's peak. The magnitude of the greenback's declines has been limited, though enough to see two-day lows versus the euro and pound, and a four-day low in the case of the Australian dollar. The U.S. currency has, meanwhile, remained within yesterday's ranges against the yen and Canadian dollar, among other currencies.
US Dollar Index

Introduction to Basic Trendline Analysis
June 13, 2021
Learn to identify, construct and utilize trend lines; the simplest and single most important tool in your trading arsenal.
Markets Week Ahead: Nasdaq, Dow Jones, US Dollar, Fed, Gold, Crude Oil, Yen, BoJ
June 13, 2021
Traders rotated back into the Nasdaq Composite as it outperformed the Dow Jones. Inflation expectations and Treasury yields are falling ahead of the highly-anticipated Fed. Highlights next week inc...
Read more • Comments Off on Currency Market

By economyweb in Markets
MARKETS • Commodities 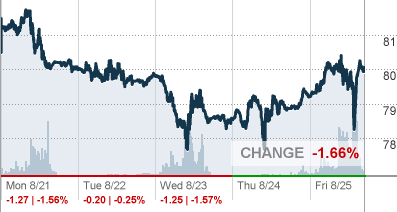 By economyweb in Markets
MARKETS • Bonds

Markets await the Fed’s meeting before making the next big move in the week ahead
June 11, 2021
Stocks could trade sideways as investors await the outcome of the Fed's June meeting next week.
World Interest Rates
Bond Market Data by Investing
U.S. 10-Year Bond Yield

By economyweb in Markets
MARKETS • Outlook

Will retail investors get a fairer shake on Wall Street?
June 11, 2021

Malaysia Bourse Tipped To Snap Losing Streak
June 10, 2021
The Malaysia stock market has finished lower in back-to-back sessions, slipping more than 8 points or 0.5 percent along the way. The Kuala Lumpur Composite Index now sits just beneath the 1,580-point plateau although it may stop the bleeding on Friday.
Tech Shares May Drive South Korea Stock Market
June 10, 2021
The South Korea stock market on Thursday snapped the two-day slide in which it had stumbled more than 35 points or 1.1 percent. The KOSPI sits just beneath the 3,225-point plateau and it may add to its winnings on Friday.
TSX Ends Higher For 2nd Straight Day
June 11, 2021
The Canadian stock market ended higher on Friday, extending gains from the previous session, as optimism about global economic recovery and higher energy prices underpinned sentiment.
Read more • Comments Off on Market Comment